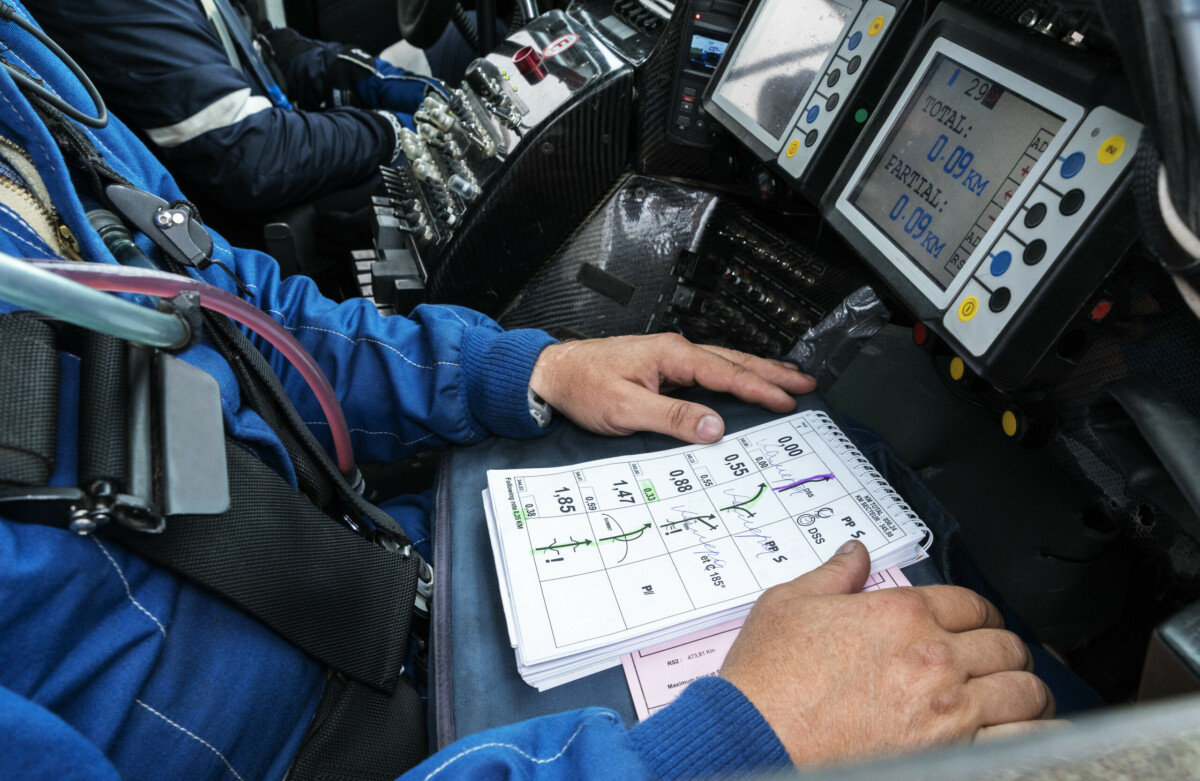 Digitisation Roadmap: Why It Matters and How to Go About It

Can you imagine a Dakar rally driver that only cares about completing a single stage – and not the entire race? Probably not. Yet that’s exactly what manufacturing companies are doing if they implement a digitisation project without considering if the project is in line with their digitisation strategy. Or without even having one. Let’s look into the WHYs and HOWs of digitisation roadmaps. 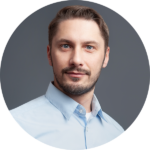 Luděk, Ennvea’s CEO, has led dozens of digitisation projects in manufacturing companies all over the world. Now he is sharing his experience and know-how in a series of posts focused on particular topics of manufacturing digitisation and optimisation.

Recently, we were approached by a client who was planning a WMS project and requested our assistance. After a few initial discussions with the core project team, we came to the conclusion (much to the client’s surprise) that although we had the know-how and capacities to help, we did not recommend implementing that particular project at that time.

Why? During our discussions, one of the most important questions that we asked the project team was:

What do you want to achieve with this project?

The answers revealed that all the stakeholders and future key users had different expectations. The one thing everyone agreed on was that the project idea had come from the management team, which is not a bad thing per se (quite the contrary, the involvement and support of management can definitely serve as a catalyst). However, it’s not a sufficient prerequisite for a successful project.

We told the client that without a common goal in mind, without clearly defined objectives, it was impossible to achieve desired improvements (because what were they, really?). So we introduced the concept of the digitisation roadmap to them and suggested that this should be our first step.

A digitisation roadmap is a complex plan of long-term goals that a business wishes to achieve in the field of digital transformation, and the individual steps that need to be taken in order to achieve these goals. A digitisation roadmap, just like the route of Dakar Rally, has a frontline and a finish line. The frontline is a description of the current situation; the finish line is a vision of the perfect state, reflecting the needs and the potential of the business.

Implementing projects without having a digitisation roadmap is like attempting to win a race without knowing where the finish line is.

Based on our experience, we recommend taking these points into consideration when creating your digital transformation strategy.

This question deserves a much more extensive answer than just a short paragraph (and we will address it more thoroughly in one of our future posts). A lot has been written about digital maturity – the preparedness of a business for digital transformation. It is a complex concept that requires a detailed understanding of current processes as well as all resources – tools (digital and non-digital) and, most importantly, people. It is people, their willingness and readiness to learn new things, that sets a project up for success – or failure.

Even without carrying out a proper digital maturity analysis, we always recommend looking at the current processes and systems. What we are interested in is not only the processes themselves but also the reasons why things are done in that particular way. Oftentimes, the reason is that “it’s always been done like that,” which does not necessarily mean that it is the best possible way (see point 3).

Secondly, we take a look at the systems in place – and by that we don’t mean just advanced software tools but also Excel sheets and paper-based flows that are used across the company. Last but not least, it is also important to compare the day-to-day reality with the ideas of the management. Sometimes there are discrepancies that need to be addressed before proceeding further.

One of the biggest mistakes that can be made in digitisation projects is digitising processes which are not optimal. Yes, process reengineering requires extra work – but it is definitely worth the effort. The problems you are struggling with right now will not magically disappear once you replace paper or Excel sheets with a more advanced system. It will still be the same process.

Making sure that there is a good level of process standardisation is important, too. What happens quite often is that a certain piece of know-how is only in the head of a long-time employee (and they might even be the only one who knows the process from A to Z). This needs to be taken care of and such a process needs to be well documented and standardized before moving on.

Otherwise you might find yourself at the project kick-off – when you realize that you need much more time for the preparation of essential data. This increases the demands for local resources (somebody has to do all the work) and leads to unnecessary pressure, delays and other complications (including dissatisfied management).

This is where you ask yourselves the big question:

Where do we want to be in three (two, five…) years?

5. Create an action plan (and a timeline)

Now it’s time to think about all the actions that need to be taken in order to achieve the objectives.

Make a list of projects that you want to implement. Analyze the current situation (e.g. how prepared your data is). Assess the risks.

Although it might not be possible to create a precise timeline, we strongly recommend setting milestones that will help you plan and implement projects more efficiently – at least in terms of priorities and prerequisites. For example, if you are unhappy with your current ERP, you might want to start there as this system usually serves as the “backbone” of the business – and continue with more advanced (or more specialized) tools. Or maybe you know that you will have to change some processes before implementing any particular projects. Or improve your IT infrastructure.

Deciding on the optimal order of the actions and projects (i.e. assigning the projects the right place on the timeline) is a very important step that will help you avoid double-work and many other unpleasant surprises along the way. 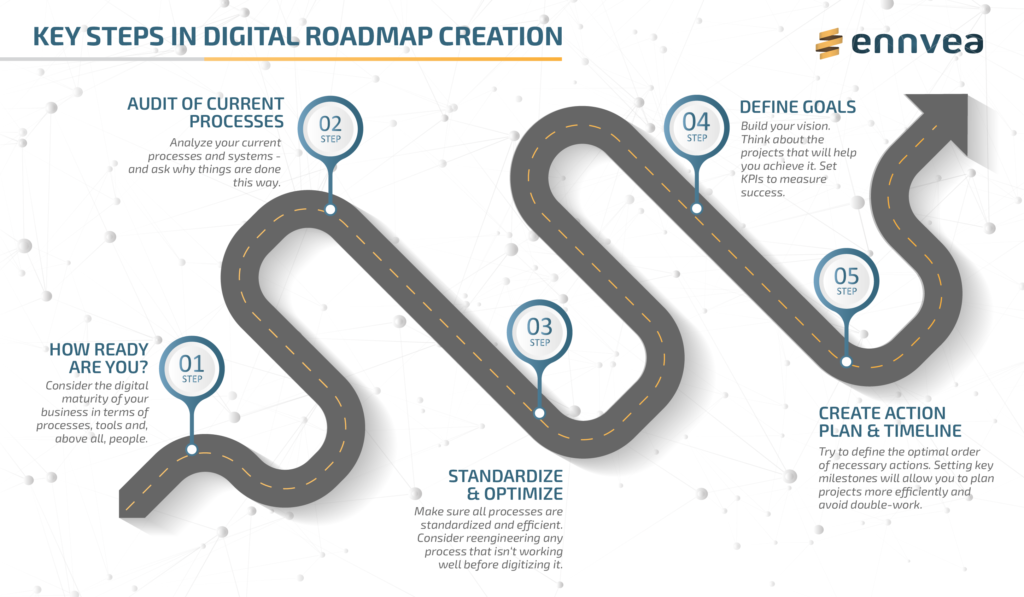 They say that everyone who crosses the Dakar finish line is a winner. With a bit of an exaggeration, we could use these words to speak about digital transformation as well. If a company manages to create a long-term digitisation strategy, and uses the roadmap to make it through the “digital race” successfully – that itself can be considered a victory.

But surely (and understandably), everyone is interested in the actual final „rankings“. This is where business metrics come into play. Defining KPIs before any project is an essential step that you shouldn’t underestimate because the success of every single project has a significant impact on the overall result.

In the case of digital transformation, there are also soft metrics that need to be considered (such as achieved innovations, increased credibility and employee engagement). Even the fact that new digital tools enable more employees to work from home can be a very significant benefit – especially considering the challenges we have all been facing this past year. (How to choose and set KPIs to evaluate the success of your projects – that is the next topic we are going to dive into.)

One last thing to keep in mind regarding digital transformation. When you reach the end of your roadmap, don’t think that’s it. Because you should always strive to be better, to continuously improve your business. This is a race that never ends!

Remote implementation is the new normal 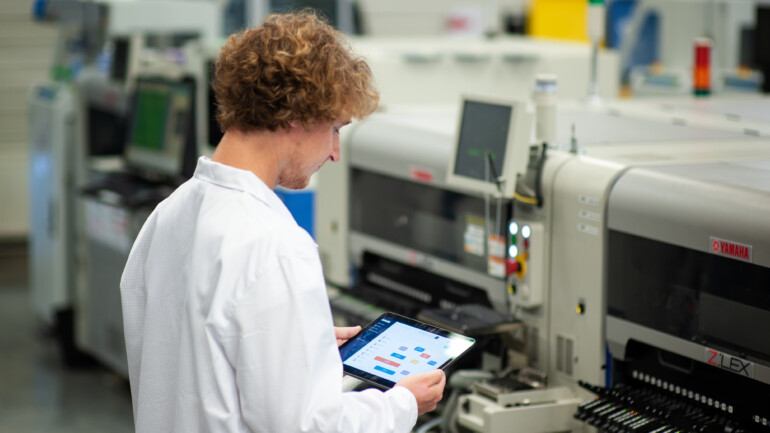 Employee Engagement and Digital Transformation: How to Put People First

READ ABOUT OUR CASE STUDIES, PRODUCTS AND SERVICES

We use cookies on our website to give you the most relevant experience by remembering your preferences and repeat visits. By clicking “Accept All”, you consent to the use of ALL the cookies. However, you may visit "Cookie Settings" to provide a controlled consent.
Cookie SettingsAccept AllRead More
Manage consent

This website uses cookies to improve your experience while you navigate through the website. Out of these, the cookies that are categorized as necessary are stored on your browser as they are essential for the working of basic functionalities of the website. We also use third-party cookies that help us analyze and understand how you use this website. These cookies will be stored in your browser only with your consent. You also have the option to opt-out of these cookies. But opting out of some of these cookies may affect your browsing experience.
Necessary Always Enabled
Necessary cookies are absolutely essential for the website to function properly. These cookies ensure basic functionalities and security features of the website, anonymously.
Functional
Functional cookies help to perform certain functionalities like sharing the content of the website on social media platforms, collect feedbacks, and other third-party features.
Performance
Performance cookies are used to understand and analyze the key performance indexes of the website which helps in delivering a better user experience for the visitors.
Analytics
Analytical cookies are used to understand how visitors interact with the website. These cookies help provide information on metrics the number of visitors, bounce rate, traffic source, etc.
Advertisement
Advertisement cookies are used to provide visitors with relevant ads and marketing campaigns. These cookies track visitors across websites and collect information to provide customized ads.
Others
Other uncategorized cookies are those that are being analyzed and have not been classified into a category as yet.
SAVE & ACCEPT